- Fighters doesn’t have weapons with attributes like swordsman and sniper.

- Change the classes’ names to Fighter, Warrior (like a Melee Weapons Master) and Shooter.

When the fighter reaches an especific level, he can choose in one of theses classes:

- Pugilist (focus in combos like the actual fighters, and uses socks/gloves),

When the warrior reaches an especific level, he can choose in one of theses classes:

- SkyWarrior (focus in spears with heat dials, like shura),

When the shooter reaches an especific level, he can choose in one of theses classes:

- Half-Cyborg (focus in robotic arms, that shoots lasers and have munitions of soda).

- One that cover the whole body and adds defence like this

- And one that cover the weapons and adds strength like theses

- When activated, and when the user takes hit, he automatically teleport to back of the target and recieve 0 damage.

Sorry about my bad english, I'm Brazillian and I'm not fluent in english yet. 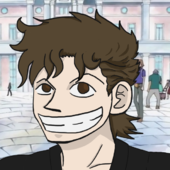